Confessions of a ghostwriter 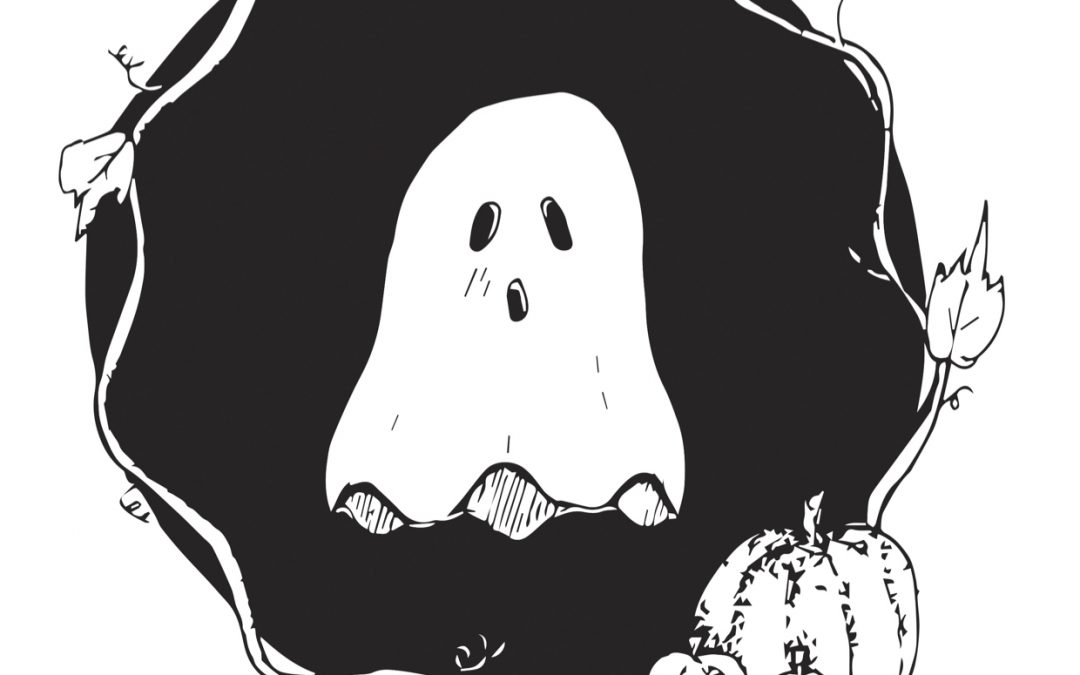 I’m a ghost. But not the kind that’s dressed in elaborate Victorian clothes spooking the hell out of people. Most of the time I’m tucked away in my office wearing a cosy cardigan and fingerless gloves.

The truth is, I spend a lot of my time writing on behalf of other people. I’m a part-time ghostwriter. I’ve written hundreds of articles, features, blogs, about pages, bios and speeches, completely incognito.

I seem to have the knack of embodying other people. Not like in The Exorcist, but by being able to write in their ‘voice’. I’ve been male, female, young, old, factual, humorous, provocative and scientific. I’ve been every profession under the sun and even written on behalf of an animal…..and a musical instrument.

It’s mostly not about writing

I’ve come to the conclusion that ghostwriting is more about listening than writing. Most of the work goes into developing a deep understanding of the person you’re working with. Getting into their minds, and more importantly their hearts, before you can even think about putting pen to paper.

That involves asking loads of questions, a whole lot of listening, and the ability to probe further until you uncover the real gems. Those sparkling highlights can pop up after a few minutes, or it can take several discussions before people let go of what they think they should say and start to speak from the heart. That’s when I start to feel like I can write from a place of truth.

When you get to this point, it doesn’t feel like writing for someone – it’s more like writing as someone. And the result is much more believable.

When you run your own business, there’s pressure to be visible on every platform, to publish regular articles, and to comment on news stories to keep your name and expertise in the spotlight.

But what if writing isn’t your thing?

Some people feel guilty about that. You feel like you should be able to write about your business. After all, you can talk about it out loud with passion and eloquence. So why can’t you get your words down on paper?

More often than not, your brain gets in the way. You start to overthink what you want to say. Worry about what people might think. Hesitate. Over. Every. Word.

There are many reasons why people outsource their writing. It might be a lack of time. Low confidence in their own writing ability. Or difficulty knowing what to write about. Some businesses simply outgrow the need to have one person fronting every piece of content.

If you enjoy writing and you can do it without wasting days of your precious time, then great. But if you would rather get on with something else, that’s when a ghostwriter comes in handy.

If you work well together, the writing will feel like a natural reflection of the words you say out loud.

Maybe ghostwriting needs a bit of a re-brand so it’s not seen as a dark art and becomes as normal as getting support with your finances.

It helps to be nosey and noisy

It’s much easier for an ‘outsider’ to spot your very best stories. I’ve got a nose for news and it’s often the stuff people say in passing that turns out to be the most fascinating.

Even the driest of subjects can be full of surprise and intrigue.

Like the engineer who laid a trail of peanuts through badger tunnels to encourage them to walk under a new road, rather than over it.

Or the IT pro who was so fed up of pastry-filled corporate lunches, she trained to become a nutritional therapist.

It takes a degree of nosey-ness to bring that stuff to the surface. But when people’s faces start to light up when they’re talking, that’s when the writing can begin.

Facts are the easy part. It’s the nuances of personality, phrases and tone which make a piece of writing sound authentic or not. And it’s a dead giveaway if you miss the mark. You’ve got to constantly check with yourself as a writer – can you imagine the person talking as you’re reading it?

That’s why I read out loud ALL THE TIME. It must be incredibly annoying for the people around me. But it’s the best way to catch anything that doesn’t feel right.

It’s hard to push the button on the first draft

Sending the first draft to the client is the scariest part. Will they love it, or hate it? Have I missed out something important?

Until I hear back from people, it’s easy to fill the silence with self-doubt. But as long as I’ve had enough time to get to know them at the briefing stage, those fears are usually swept away pretty quickly.

That’s not to say it’s always 100% spot-on first time. Ghostwriting requires a very personal connection with your client and it has to be a collaborative process to get it exactly right. I always urge people to let me know how it feels as they read it. Would they say something slightly differently or prefer to emphasise other points?

Sometimes you have to challenge people to drop unnecessary detail, acronyms or jargon. To write as they speak rather than fall back on language which alienates the reader. Even technical and scientific pieces can be ‘human’ and engaging.

It comes down to a good partnership and communication between the client and the writer. I find a good old-fashioned phone conversation much more useful than email – as I want clients to say out loud what they’re trying to get across, without the barrier of thinking before writing the words down.

It’s no place for egos

It takes a certain kind of mindset to be a ghostwriter. You have to be OK with handing over your lovingly crafted words for someone else to share. Your name won’t appear anywhere and most of the time you can’t even tell anyone you wrote it.

But I see ghostwriting as an enormous privilege, where clients welcome me into their world and allow me to write as them. The reward comes from witnessing the impact those words can have on re-positioning businesses, rocketing people’s profiles and putting brands on the map. Dare I say it, I think it’s better than seeing my own name in the spotlight. For anyone that struggles with their own visibility, you’ll know what I mean.

In my view, ghostwriting is not about getting someone else to write for you. It’s support with self-expression. It’s your business, so you have to be at the centre of it, playing an active role in what’s being written. That way the words are yours, not someone else’s.

Illustration by the wonderful Ella Tysome