Being bold for International Women’s Day 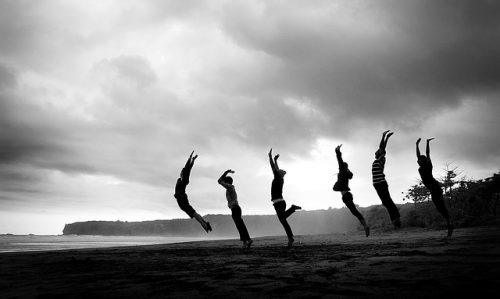 This year, the theme is #BeBoldForChange, calling on people to take action in key areas such as challenging bias and inequality, campaigning against violence, forging women’s advancement, celebrating women’s achievements and championing women’s education.

As well as supporting clients to promote the campaign, I would like to make a personal pledge this year to help drive change. However, when it comes to deciding on a bold action, I can’t help thinking my contribution is a bit…so what? Many of the examples on the website, such as challenging stereotypes, reporting violence, raising the profile of female leaders etc. seem the norm to me, so is it bold enough to state it publicly? In typical female fashion, I feel a sense of not doing enough – shouldn’t I be out there demonstrating, campaigning, volunteering and making a big splash?

After grappling with this for a while, I’ve come to the conclusion that although it’s important to stand up and raise your voice in support of women’s issues, smaller actions can be equally worthwhile and still have a bold impact at an individual level. For example, when I worked in a very large orgnanisation I was mentored by a very senior female colleague and it had a profound effect on me. I had always seen her as a very strong and powerful force but, on a one-to-one level, she opened up about her insecurities and the challenges she had faced as a woman in a senior position. These sessions really helped boost my confidence and taught me how to overcome self-doubt and make the most of my strengths.

As a member of an all-female networking group and being connected on social media to some incredible female entrepreneurs, I am also aware of the power of a supportive and nurturing culture in business. I see regular examples of women encouraging and supporting each other in their endeavours and it’s an amazingly powerful antidote to all the negativity that’s out there. By celebrating achievements and encouraging each other along the way, I’ve witnessed people grow in confidence and self-belief, which in turn has transformed their businesses. What this has taught me, is that networking can be far more effective than simply gaining business contacts.  The real power lies in the energy, passion and heartfelt support we give each other – actions that should not be underestimated.

So, while I might not be out with my placard very regularly, I am determined to make a difference. Where I think I can have the biggest impact is through supporting other business women to reach their ambitions – whether that’s providing advice, mentoring or simply offering encouragement. I’ve come to the conclusion that it’s not the scale of your action which makes it bold but the impact it has on someone – so I’m going all out to deliver bold action, one woman at a time!